Easy Written Guide On How To Play Blackbird On Guitar

Blackbird is a very famous song by the English rock band The Beatles. Created in 1968, this song still holds a very special place in the hearts of the fans. Keeping in mind the song’s popularity we bring you this article on how to play blackbird on guitar.

How to play blackbird on guitar?

Before talking about the song itself, let us shed some light on the band The Beatles. Formed in the year 1960 in Liverpool, England, this rock band took over the world of music rapidly and shaped the entire rock and pop culture of the 60s and 70s. The band members are John Lennon, Paul McCartney, George Harrison, and Ringo Starr. The Beatles is regarded as the most influential timeless band. 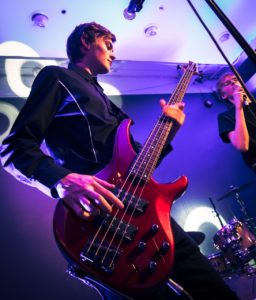 With a cult fan following unlike any other artist in history, they were also nicknamed “the Fab Four” by their fans. Their popularity was not only limited to the west but also the entire world. Even after decades of The Beatles era, their fandom is still very prominent. They kept smashing records after records and, even today the band holds many undefeated records in its name.

In 1970, the band sadly broke up, and all the members went their separate ways, leaving the fans with an unpleasant shock and broken hearts, but also with an unmatched legacy.

Blackbird is a song from the only double album by the band named The Beatles, also known as the White Album. The album was released in November 1968. Most of the songs of this album were written between March and April 1968. The time when the band was in Rishikesh, India attending a meditation course at Maharishi Mahesh Yogi’s ashram.

Their time in the ashram is considered as their most productive time, as they had written the highest number of songs during their stay at the Maharishi’s ashram. The band members also denounced drugs after they visited the meditation course at the ashram.

The song Blackbird was written by Paul McCartney and performed by McCartney himself as a solo piece. Though the credit was given to both Lennon and McCartney.

When talking about the origin of this song, McCartney has given several explanations. The first one was, that the name Blackbird comes from a bird of the name Indian Blackbird. This bird is exclusively found in India and Sri Lanka. These are really small birds with only 19-20 centimeters or 7.5-7.9 inches in size.

While his stay at the Maharishi’s ashram McCartney often heard the sound of a blackbird, which also turned to be an inspiration for the lyrics of the song. 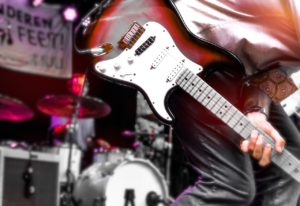 In another of his interview he said that the escalating racial tensions in the USA in spring, 1968 proved to be an inspiration for this song. And how the word Blackbird is used more as a symbol than the actual bird itself. Hence the song can be interpreted in various ways, such as a romantic song, a song with a message on racism or about the civil rights struggles of the black people, or simply a nature song.

Regardless of its varied origin theories, the song was well appreciated and loved by the audience and is loved even today. The song was originally recorded by McCartney only on his acoustic guitar. Later various versions of it were made.

Now coming to how to play blackbird on guitar, firstly the great news is that blackbird is one of the easiest songs when it comes to playing it on a guitar. You will often find this song in the beginners’ category in a lot of guitar courses. It is also a very common ‘first song’ among guitarists.

This song also serves as a great introduction to the fingerpicking technique and chord fretting. Now if you are someone who has opted for a professional course, you need not worry. Your trainer will be taking care of everything.

But for those who are on their own. Wanting to know and learn how to play blackbird on guitar, there is no better place for you all than YouTube. Time and again YouTube has served as one of the best platforms for learning any new skill. Thanks to the Youtubers taking out time and putting in all the efforts to pass on the knowledge they know.

You will find hundreds of video tutorials from amateurs to professionals, teaching you every cord and tab patiently. All you have to do is search for how to play blackbird on guitar in the search bar on YouTube.

You will also find written notes for every chord and tab on google, sometimes also in a pdf format. Choose what seems comfortable and suitable for you

Not at all, Blackbird is usually taught at beginner’s level. The only thing that is difficult in learning blackbird is remembering it by heart.

Blackbird is one of the timeless and most popular guitar pieces that is there is in the world. It is Grade 5 piece that can also be learned by beginners. Ukulele Vs Guitar – How Are They Different? 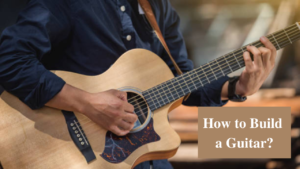 How To Build A Guitar 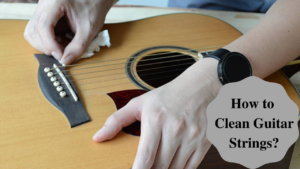 How To Clean Guitar Strings