You would want to learn how to tune a 12 string guitar if you are looking to try this type of guitar.

If you are a guitarist, then you would want to try different types of guitars. But each guitar has a different tuning, and you would need to learn it.

So, if you want to try a 12-string guitar then, we will help you to learn how to tune it. 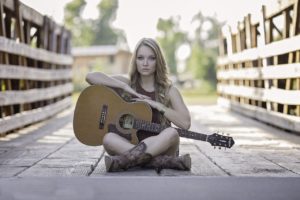 Both guitars are good and, the choice ultimately depends on you and which guitars connect with you. Some beginners will first learn 6-string guitar then slowly move on to a 12-string.

What is the difference between a 6 and a 12-string guitar?

There are 6-pairs of strings on a 12 string guitar where each pair is a combination of one thick string and one thin string.

When playing the 12 string guitar don’t treat each string separately instead treat every pair as one like you are playing a single string instead of a pair like that on a normal 6-string guitar.

Standard tuning for the 12 string

This is the most common and basic tuning for 12 string guitars. Just remember to treat each pair as one and, this will be much easier for you.

The four lower pairs of the strings, grouped with G E A D, are tuned to an octave higher.

The two pairs of strings that are higher B E are tuned the same as paired strings.

So, the tuning for 12 string guitar is written as

Some other tunings you can try for a 12 string guitar after practicing standard tuning are half-step down and Drop-D.

A beginner can play a 12 string guitar but, many think that having the experience of playing a 6-string is better before moving to a 12 string.

Also, check out our post on How To String A Classical Guitar, to know more.